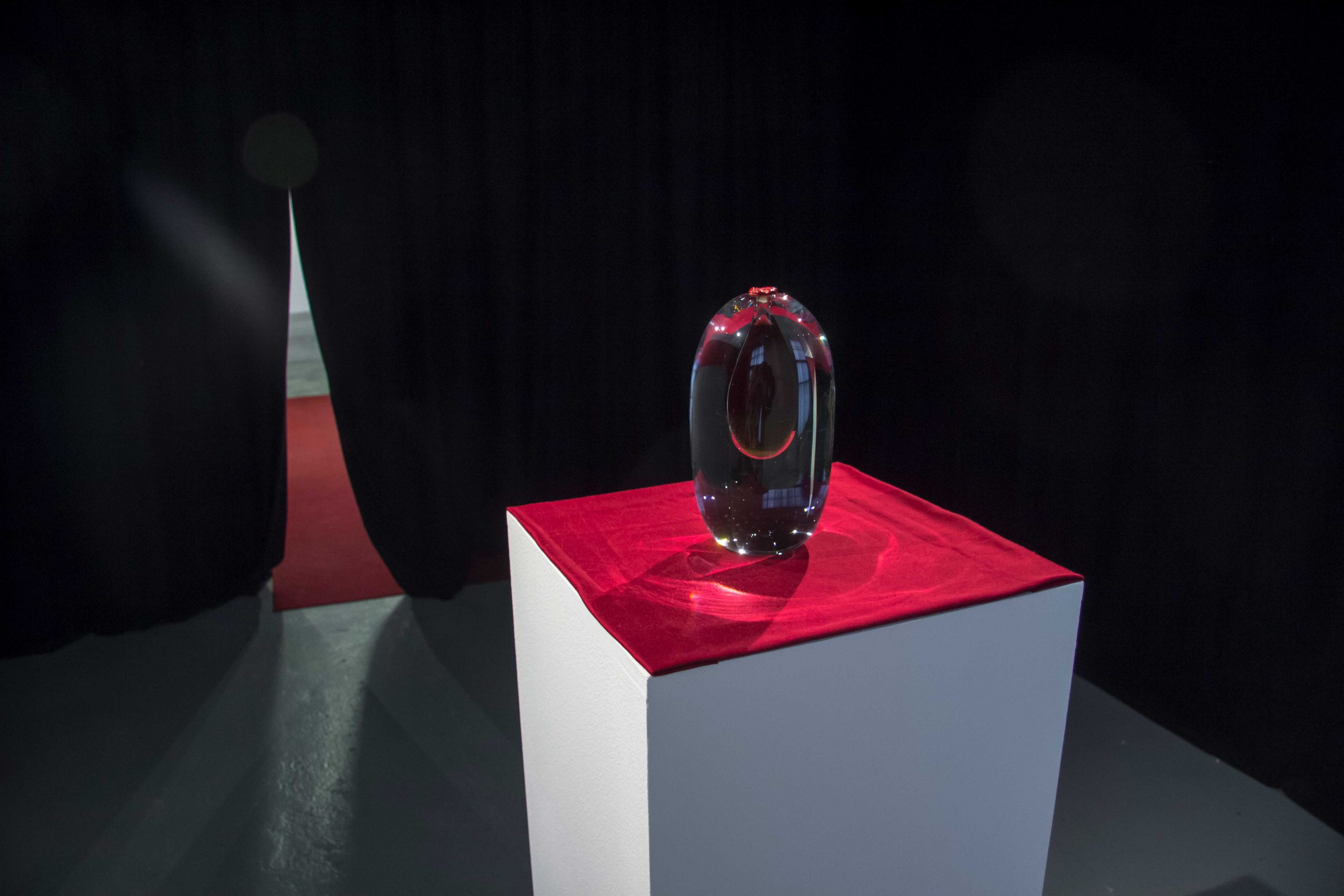 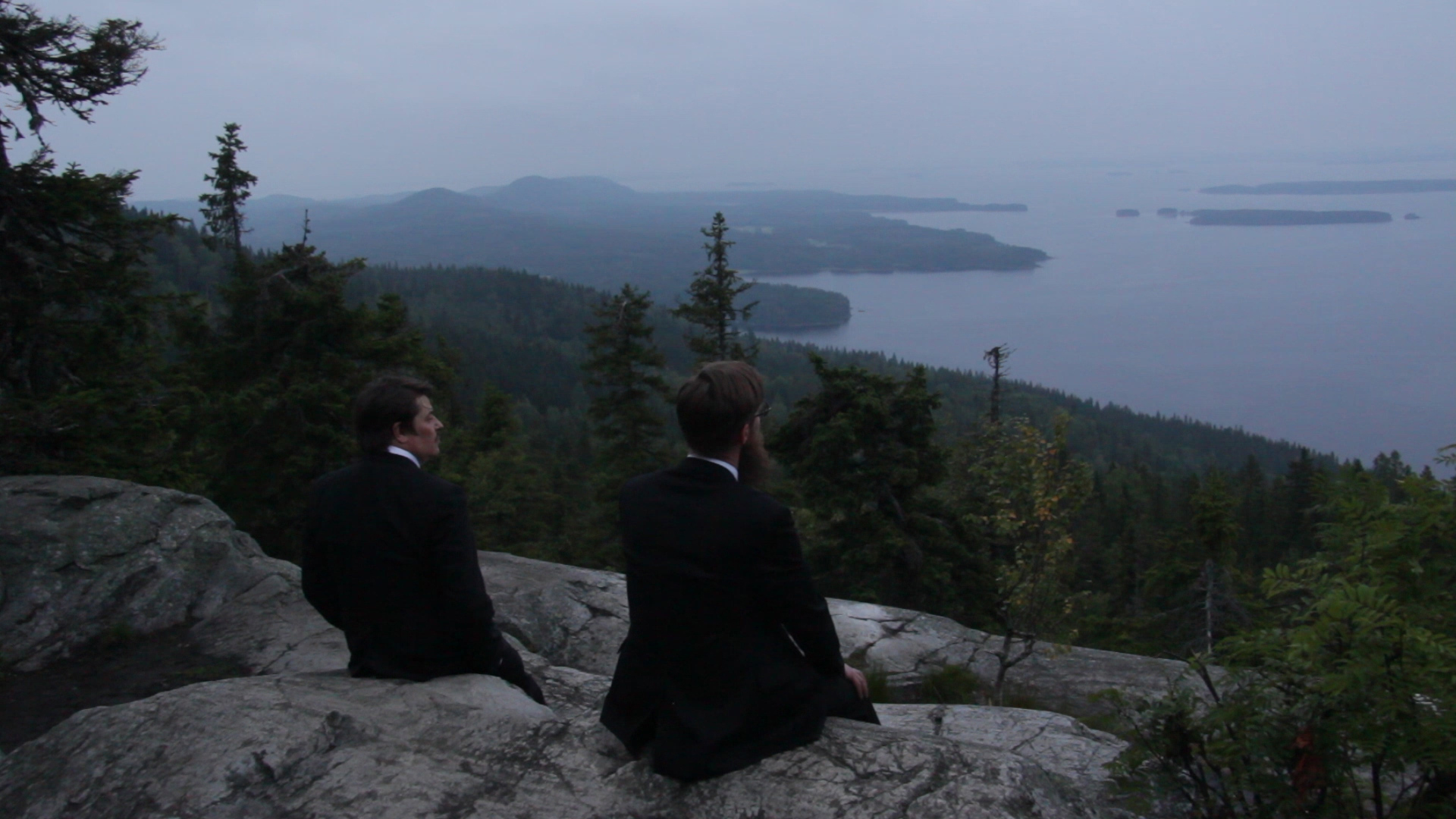 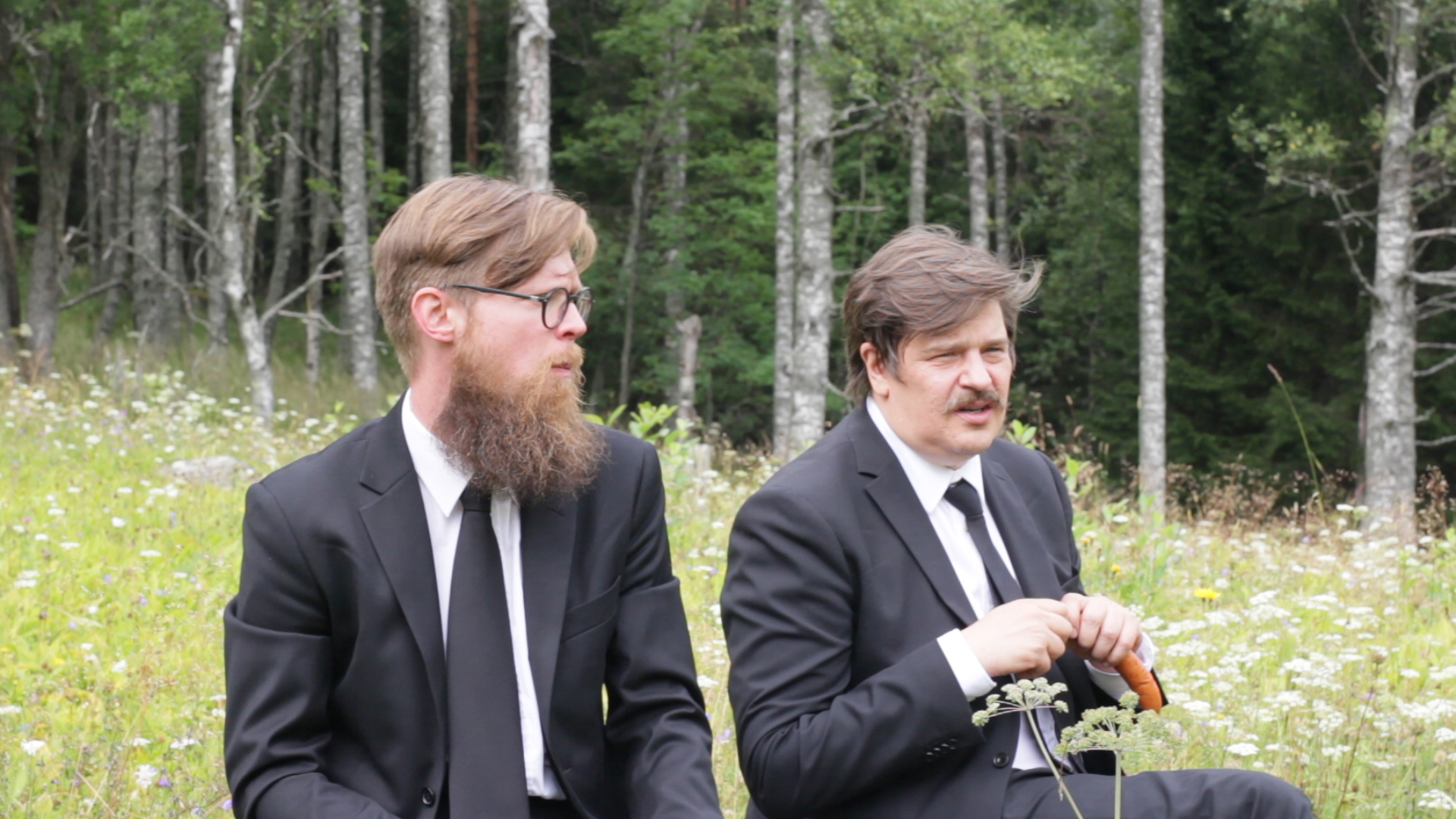 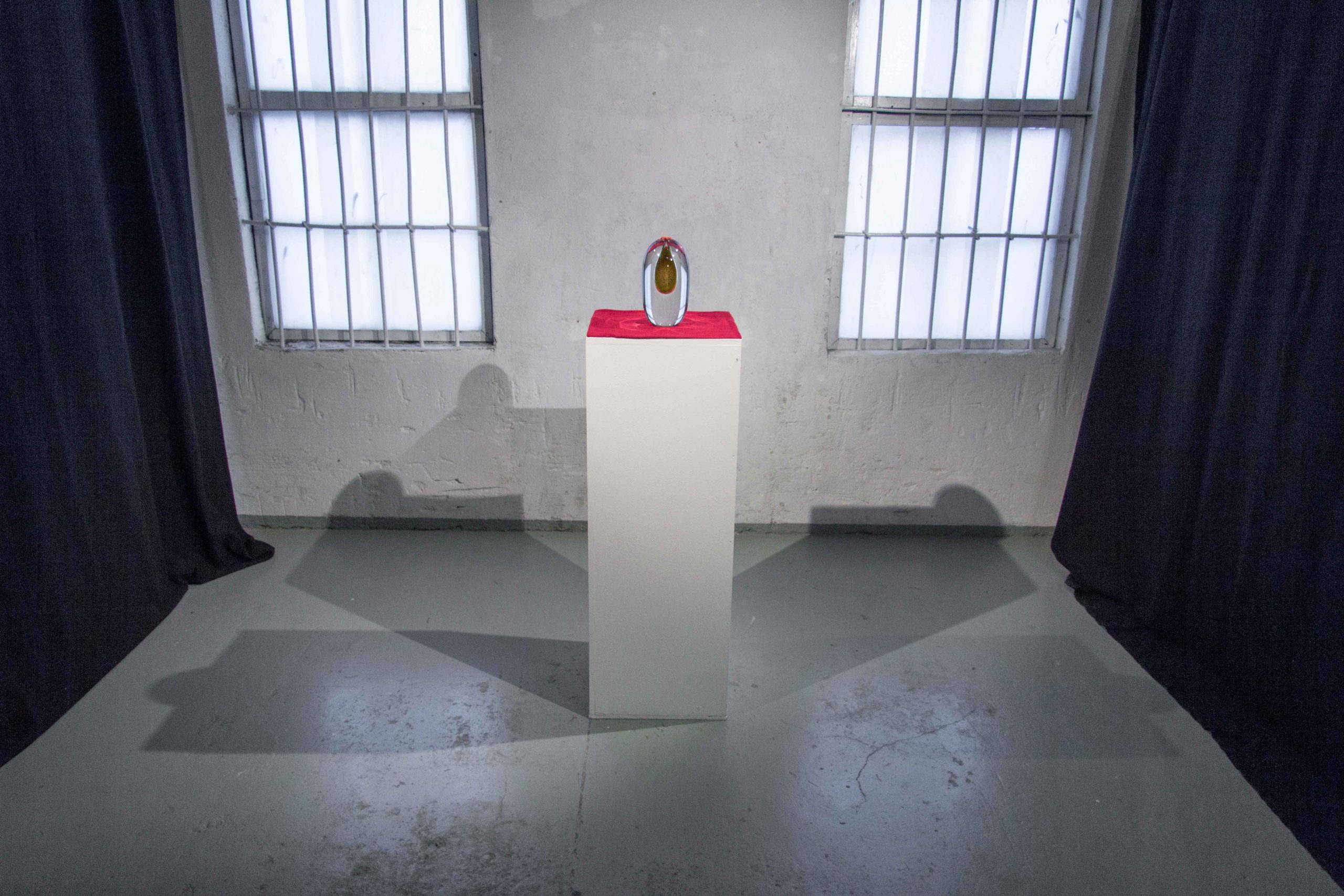 Two men wearing black suits and ties are hiking in the middle of Finland’s best-known landscape. They are Harri Piispanen and Aleksi Jaakkola, Kansallisromantikot – the National Romantics. According to their own definition the two artists carry out performative explorations. The method used during these artistic explorations is a several day hike while wearing black suits. Performative exploration is based on wandering in the landscape, seamlessly combining performance with artistic research.

Landscape is concrete. A national landscape on the other hand exists only as a concept. How can something immaterial be turned into a tangible form? What does it feel, smell or taste like? Can it be turned into a product? Is it ok to laugh at it? And to whom does it actually belong to?

The National Romantics have visited Koli. The result of the exploration is a new depiction of the iconic national treasure: The Essence of Koli, a concentrate of the national landscape. It is the quintessence of Finnish nature – a miracle tincture, a luxurious elixir or snake-oil.

This delicate depiction of the national treasure can also be savoured as a hot beverage. The National Romantics serve the Essence in a ceremony like performance “Koli tasting”. In the performance you can taste a drop of the Essence itself.

Tuu Tuu depicts the exploration itself and the birth of the Essence.

Mii Mii, a music video, was made based on a pure word association. In the video the National Romantics dance – or at least attempt to dance – to the music with the prestigious landscape as a backdrop.