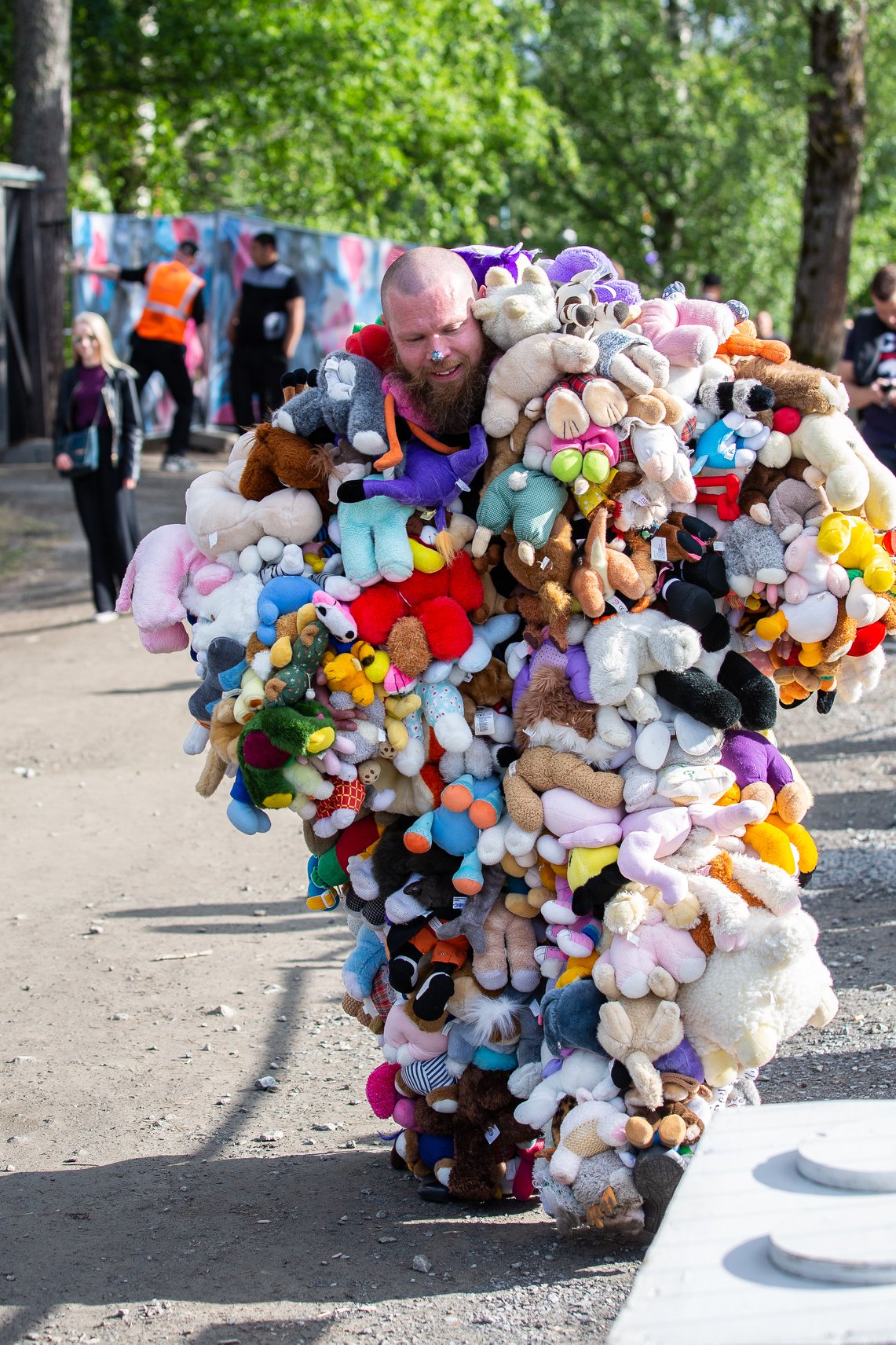 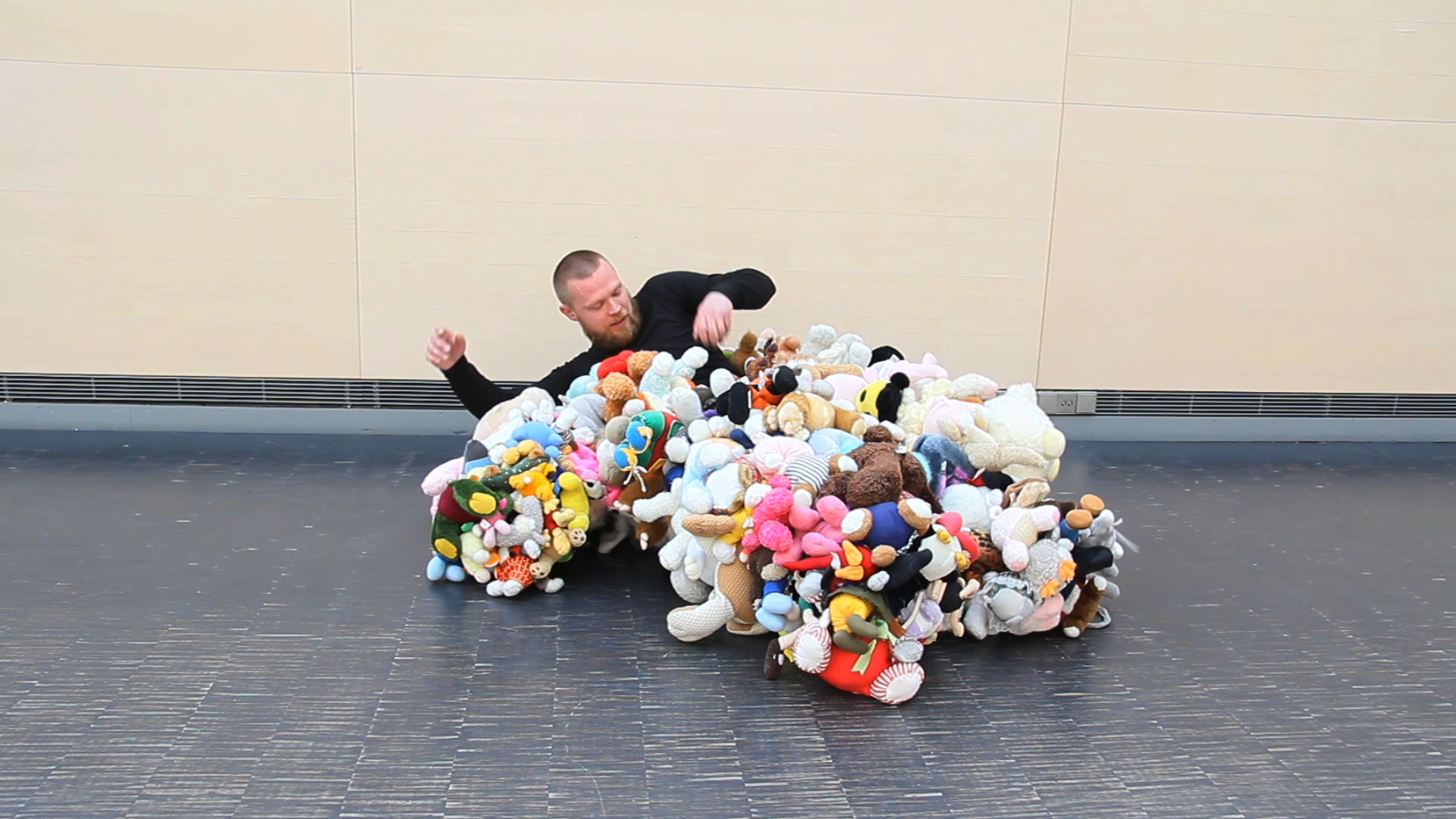 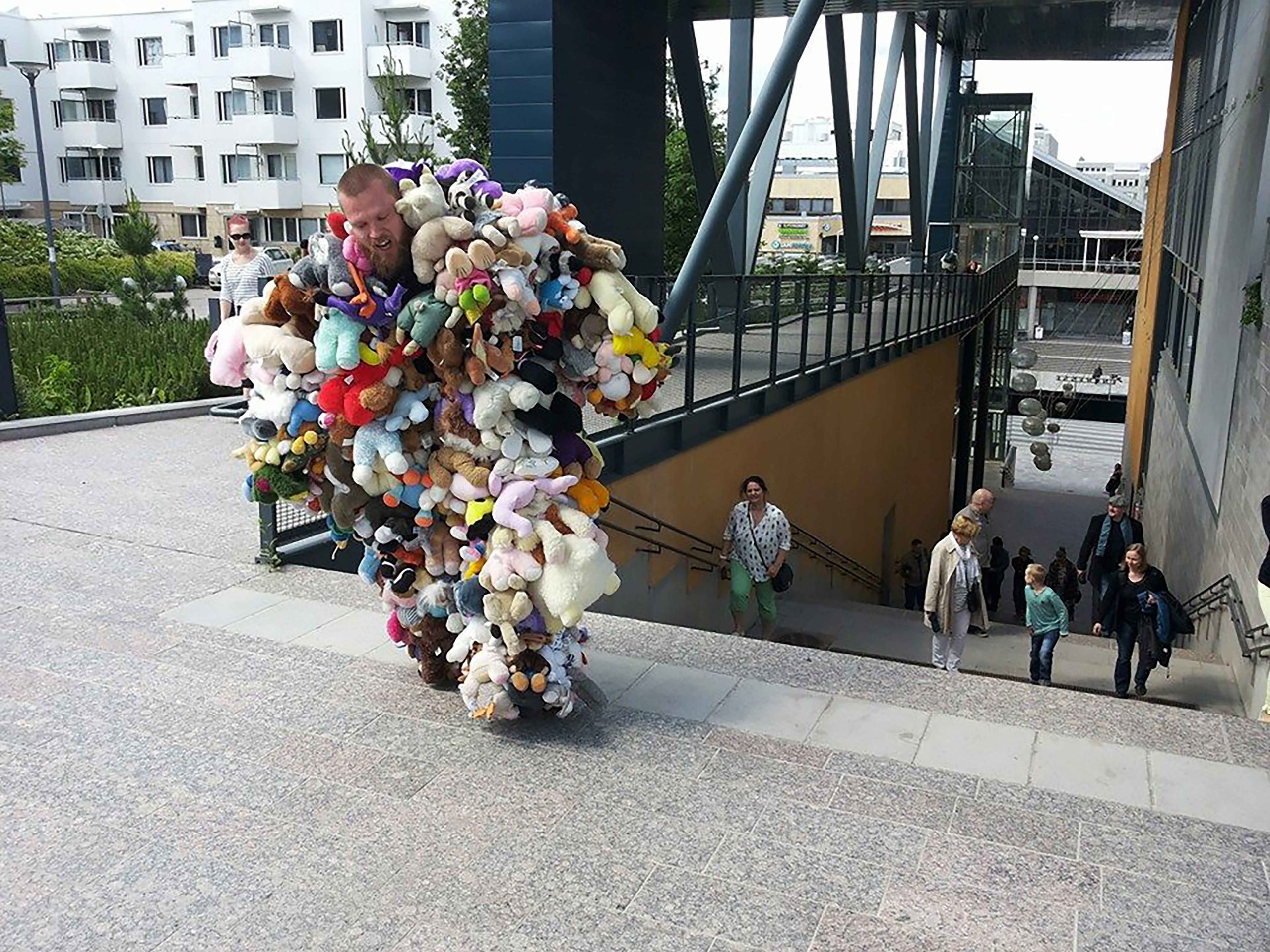 Bodycount is essentially a giant costume made from bodies of second hand cuddly toys. The toys form a seemingly soft and appealing outer shell. In reality the suit is hot, rigid and weighs 45 kilos making it extremely unbearable to wear.

When it is worn it has only one head: the one responsible for all the decisions. When a person puts it on it becomes a mascot for some undefined purpose – colourful, appealing and disney-like, but also somehow wrong.

In the live performance put on the costume and wear it in various activities that normally would be easy and mundane to do. Most commonly this includes walking a predetermined route or simply just wearing it for as long as I can.